Architect of the Taj 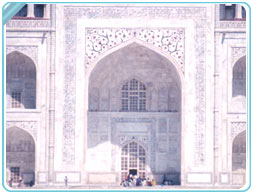 There has been a long ongoing controversy about the name of the chief architect of the Taj Mahal, the pinnacle of architectural perfection. Veroneo and Ustad Isa Afandi are the chief contestants proposed for the credit. According to the Spanish monk, Father Sebastian Manrique, Venetian Geronimo Veroneo, the famous jeweler was the chief architect. Veroneo is known to have lived in Agra for many years and died at Lahore in 1640. However, there are many loopholes in this theory. Apart from the fact that his name has not been mentioned in any of the contemporary Persian sources carrying names of various artists and craftsmen who worked for Taj, even the travelogues written by the Europeans who passed through Agra at the time mention Veroneo only as a skilled jeweler and not in anyway connected with Taj.

Besides, no mention of Veroneo having ever learned architecture has been found and it is well understood that only a person well versed in architecture could have proposed and planned Taj. The second contestant Ustad Isa Afandi has only been mentioned as the draftsman and not as engineer or architect of Taj in the various Persian scriptures of those times including the accounts of Lahauri. Other names that keep popping up from time to time include the Turkish Isa Muhammad Effendi and Persian architect, Ustad Ahmad, who had designed the Red fort. Yet, the most historians agree that Shah Jahan himself was the main proponent of Taj. To create this architectural wonder, he passionately coordinated all the ideas, suggestions and projects presented to him by various skilled artists, irrespective of their origin, whether they were French, Turkish, Indian or Italian. Only vigilant and correct amalgamation of myriad designs and opinions proposed by many masterminds put together could create such an architectural balance and splendor.